ONE MOB TO CGEN

A half hour documentary for NITV.The project is proudly funded and supported by the Queensland Government in association with NITV.

Following the success of Our Spirit to CGEN in 2014 the State of Queensland as Official Partner funded and supported One Mob to CGEN in association with NITV.

It’s 2015, it’s bigger and grander than ever, as a new crop of students from South East Queensland aim to bring their culture and stories to life through dance and song. Over four weeks, the largest ever group of Aboriginal teenagers will train under the discipline of Australia’s finest Aboriginal dancers from the Bangarra Dance Theatre. They will create a dance based on a story from their elders. The dancers’ journey will culminate in a performance in front of an audience of thousands live on stage and on television, as part of the “Creative Generation - State Schools Onstage”. 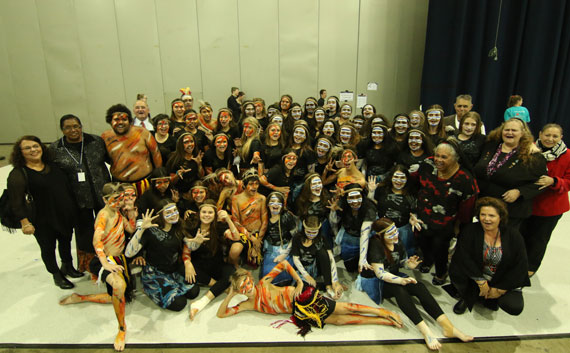